Learning to fish can be a challenging feat made easier by having the right equipment for the job. If you’re a seasoned angler, it is likely that you already have a preference for different types of fishing.

However, fishing novices might be wondering which type of reel they should opt for. When it comes to baitcasting vs. spinning reels – which one is best? We’ve got you covered.

This article will cover the difference between baitcasting and spinning reels, the pros and cons of these reels, and the types of fishing they are best suited for.

So, let’s get started.

What is the difference between baitcasting and spinning reels?

A reel is a mechanical device attached to a fishing rod (learn about the best swimbait rods here) that stores, releases, and collects the fishing line via a rotating arm. However, there are a few significant differences between baitcasting and spinning reels.

Namely, the most obvious difference is the placement position on the spool’s rod and the direction (orientation). Baitcasting reels sit on top of the rod and have a spool in line with the fishing rod.

The spool is rotated by turning the handle on the side of the reel, which spools line onto the reel. On the other hand, the spool of a spinning reel is perpendicular to the rod and is underneath the rod, and remains stationary when casting. Instead, a bail arm rotates around the spool, thereby spooling the line onto the spool.

Casting capability is arguably the greatest difference between the two reels. There’s no doubt that the spinning reel is far easier for the average angler to learn, master, and achieve good casting performance. However, a baitcaster is far superior in terms of casting accuracy and distance, so which you choose will largely depend on the type of fishing you hope to be doing.

What different types of fishing are baitcasting and spinning reels used for?

A baitcasting reel is versatile and useful for various applications, from light spin fishing to game fishing. If you’re looking for a way to catch bass, a baitcaster is the most popular type of reel to use in North America.

Spinning reels also have many uses, overlapping with baitcasters, including spin fishing, offshore fishing, and surfcasting. However, they are not used for very heavy applications, such as big game fishing, which is a task that is often reserved for baitcasting reels.

Keep reading to find out the pros and cons of both baitcasting and spinning reels.

What are the advantages of a spinning reel vs. a baitcaster?

Firstly, spinning reels are significantly easier to learn how to use and are quite often less expensive than baitcasters. This makes them an incredibly popular choice for most types of fishing that don’t require the specific strengths of a baitcaster. Many fishers use spinner reels for general purposes, and they are also a great option for individuals just beginning to learn how to fish.

Furthermore, spinning reels are incredibly versatile, as they can be adapted to almost any type of fishing. The same reel model can be used for various types of fishing, including spin fishing, live bait fishing, trolling (see the best trolling rods for salmon here), bottom fishing, and more.

However, a spinning reel’s casting capability is significantly inferior to a baitcaster in terms of distance and accuracy, which is why many anglers will use baitcasters for specific uses, such as game fishing.

Whichever reel you decide, if you opt for a spinner, you will need to ask yourself what type of fishing you intend to be using it for and buy the right size reel in accordance with the answer.

What are the advantages of a baitcaster vs. a spinning reel?

Baitcast reels can handle heavier lines and allow longer casts than spinning gear in the same size range. A baitcaster can provide you with better line control than spinning reels do, generally allowing for further and more accurate casts. On the whole, baitcasters have better casting capabilities than spinning reels in terms of distance and accuracy (see our review of the Abu Garcia Black Max rod and reel combo here).

Baitcasting reels can also handle heavy lures, and the bigger models tend to have a bigger line capacity for long-distance fishing, too!

However, baitcasters are typically more expensive and difficult to master than spinning reels, especially for beginners. If you’re a seasoned angler, then you already know why; however, the reason for this will become apparent to a beginner during the casting process: you have to use spool tension (controlled by an adjustable magnetic tension system) to slow down spool rotation during the cast.

If you fail to slow down the spool during the cast, it will continue to rotate even after the lure slows down and hits the water, which subsequently causes line backlash, which is a time-consuming pain to untangle! No one wants that.

Another method to control the spool rotation is placing your thumb and applying pressure on the spool to slow down the spool rotation when casting with a baitcaster. This has the bonus of enabling accurate control of the casting distance, allowing you to cast the lure to a specific location. That being said, this is a somewhat advanced technique and will take a bit of time to master.

There are a few points that you should consider when choosing between a baitcaster and a spinning reel, of which we go into more detail below.

You will also need to consider your skill level when choosing the right reel for you, as your skill as an angler will significantly affect how proficient your reel is for you.

Spinning reels are generally easier to learn to fish with, so you might prefer to begin with this kind of reel while you’re finding your feet in your new hobby.

On the other hand, Baitcasters are incredibly effective. Still, they are notoriously harder to get the hang of, so if you’ve got your heart set on one as a beginner, you’ll require one that is specifically designed with a braking system that has beginners in mind.

Something important to consider is the casting capability of the reel that you choose. One of the primary advantages of a baitcasting reel versus a spinning reel is its casting capability regarding the accuracy and longer distances.

For instance, if you pair a surfcasting baitcaster with the right casting rod, and if you can master controlling spool rotation during the cast, you’ll be able to achieve excellent casting distances. Bearing this in mind, baitcasters are superior to spinning reels in casting capability, which is why many anglers prefer a casting vs. spinning reel for surf fishing.

The type of fishing you intend to be doing should also be considered when choosing a fishing reel.

Ask yourself, are you going to be specifically game fishing and need a reliable reel that can handle bigger fish with ease? Then it is likely that a baitcaster will be perfect for you.

Alternatively, if you’d rather have an all-rounder reel that is good for various types of fishing but less effective at game fishing, you might be better off with a spinning reel.

When making your choice, you need to weigh up what type of reel you will get the most use out of and go from there!

Baitcasting Vs. Spinning Reel – Which One Is Best?

In summary, then, both spinning reels and baitcasting reels deliver a variety of shared benefits. So which one is best? The answer to this question is likely to differ between individuals as everyone has different preferences. Therefore, you will need to consider your circumstances and the following factors before making your choice.

Which reel you use will depend on a few factors, including the angler, the fishing method, conditions, and the type of fishing you intend to be doing. The question, then, isn’t which reel is better overall, but which one is better suited for the points listed above that are personal to you.

It’s also essential to keep in mind that there is a significant level of application crossover, where both reel types are equally suitable for the same fishing application.

Spinning reels are generally cheaper, easier to use, and can be more versatile. This makes them an excellent choice for beginners (see the best beginner spincast rods by Zebco here) and as an all-around useful reel for experienced fishers. However, they can be less accurate with regard to casting capability and are less effective when it comes to catching bigger fish.

Although a baitcaster has much better casting qualities in terms of its supreme accuracy and distance in the hands of a skilled user than its counterpart, the spinning reel tends to be more expensive and is generally more difficult to master.

Whether you buy a baitcaster or a spinning reel, ensure that you carry out your research and that the reel you choose is suitable for your skill level and the type of fishing you intend to do. 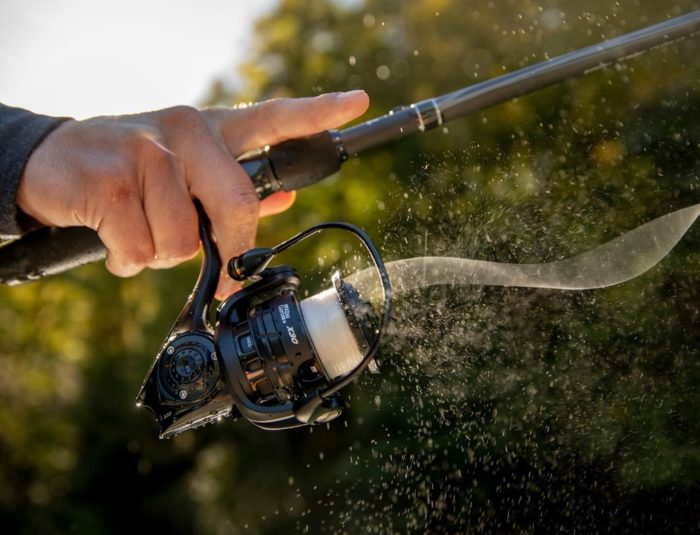 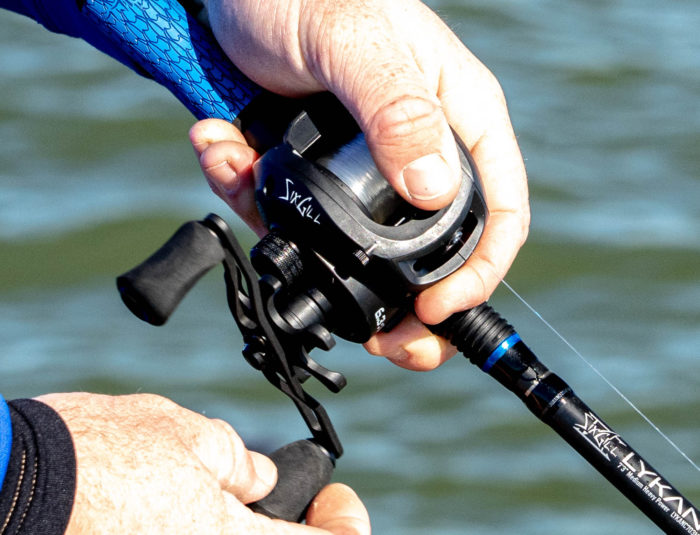 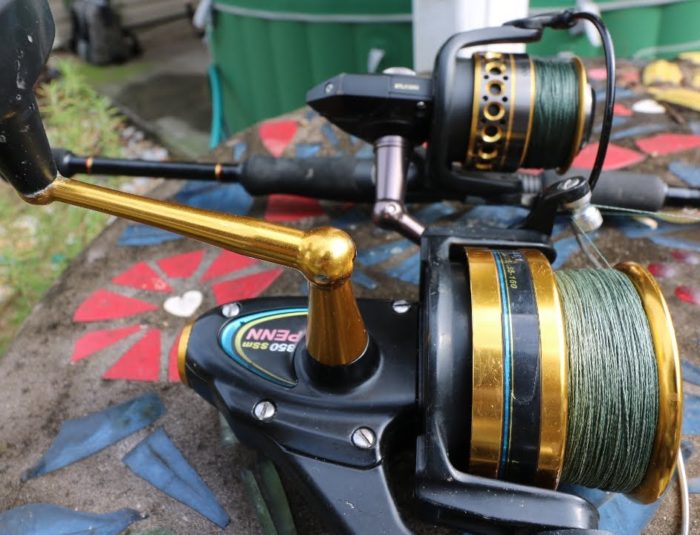