An indispensable tool for the serious modern angler, hydrographic maps are the fishing world’s answer to Satellite navigation. Providing an essential guide to the lakes and common fishing areas of North America and beyond, hydrographic maps show the angler who knows how to read them the conditions and terrain both above and below the surface of their chosen fishing area.

The digital information that these maps possess and share with anglers is worth its weight in gold as it can help to lead the serious fishing devotee to the richest pickings that a lake has to offer with the push of a button.

Choosing the right hydrographic system isn’t always easy, as it needs to detail and process enough information to point you in the right direction and help you to steer clear of water-born obstacles, unexpected shallows, and other potential trouble that you might wander into.

That’s why we decided to compare two of the most recognized and used hydrographic mapping systems, LakeMaster, and Navionics, against each other to help you to weigh both up and, ultimately, decide which of them suits you best. So strap yourselves in and get ready for the hydrographic head-to-head.

Contents show
System Compatibility
Let’s Talk Maps
Far and Wide- Software Coverage
It’s All In The Detail
Charting The Deeps… And The Shallows.
Using The Satellite System
Finding Your Way
Everything Changes
Affordability
LakeMaster Vs. Navionics – The Conclusion

Three years ago, Garmin bought Navionics and brought it under its brand umbrella, and in doing so, made sure that that system could be used with a wide range of hydrographic and fish finders brands.

The software (which, for both software systems, is supplied as a Micro SD card with a standard SD adapter) can be used on several GPS systems, including Garmin, Lowrance, and Hummingbird. However, it is slightly surprising that it isn’t compatible with Garmin’s GP chart plotters.

However, the more complicated the Navionics system you use, the less system compatibility it has, which means that the all-singing, all-dancing Navionics Plus won’t work effectively with the same systems as the basic mapping software.

That said, Garmin and Navionics do provide a list of compatible devices that work with all of the versions of their software, and a quick Google search should find their comprehensive compatibility chart.

LakeMaster, on the other hand, is a completely different story and the major chink in its fish-finding armor is its inherent lack of compatibility. The bad news is that the company that owns Hummingbird, Johnson Outdoors, also owns LakeMaster, and as such, the software is only really designed to be used with Hummingbird devices. The good news is that it is incredibly good at what it does, providing that your fish finder wears the Humminbird brand name.

It’s incredibly frustrating, as LakeMaster’s software is intuitive and easy to use. Still, because of its lack of compatibility with other devices, if you’re running a Lowrance or a Garmin device, then your only choice is Navionics.

Both software options are designed to do the same thing, which is an open gateway to an anglers paradise! You get all the information you’ll need to successfully navigate the rivers and waterways you’ve chosen to fish; we’re going to discuss how well both software systems do what they were designed to.

There isn’t much to differentiate both systems for the American freshwater angler, as Navionics and LakeMaser include comprehensive information about almost every lake and river in North America.

If there’s a body of water that you want to fish, the chances are, these systems have all the data that you’ll need to make sure that you don’t go home empty-handed.

But if you’re more inclined to do ocean fishing and prefer saltwater to freshwater, or if you’re thinking about taking an overseas fishing trip and want to be ready and prepared to tackle the lakes of Europe, Asia, or Australia, the only choice you can make is Navionics.

Garmin made sure that their software included maps of America’s coastline and shores and several overseas locations to make life easier for their customers.

Maybe it’s because they’re aware of the percentage of their customers that live in those territories, or maybe it was simply because they were better prepared. Still, whatever the reason is, Navionics beats LakeMaster hands down in a content competition.

It’s All In The Detail

Having used both, we can happily confirm whether you’re using a Navionics or a LakeMaster enabled fish finder; you won’t be disappointed either way. The quality of the detail of the maps that both feature are outstanding, and you’ll be more than aware of your position, depth, and any potential problems at all times.

That said, this is one of the areas where Hummingbirds software does have an edge, even if it’s only a slight one, over its rival, as the quality of their maps is just a little bit sharper and more focused than Garmin’s are.

At the end of the day, though, it all comes down to location, as even though both systems feature a more than an extensive collection of North American waterways, some of the maps are more detailed than others, and how well they work is entirely dependent on where you are and which lake you have chosen to fish.

Again, both LakeMaster and Navionics have a vast amount of information available at the click of a mouse. If you want to be well and truly prepared for your next fishing adventure, you can easily access the list of charts and maps that each system includes by heading to their respective websites and accessing the chart information.

Suppose we had to champion one system over the other as far as their outstanding attention to detail is concerned. In that case, we’d be forced to hand the trophy to LakeMaster, as it includes a far greater variety of high definition maps that’ll help you paint a slightly better mental image of the area you’re fishing.

Charting The Deeps… And The Shallows.

One of the things that we love about both LakeMaster and Navionics is that you can set a specific depth on the systems. They’ll show you everything that you need to be aware of and watch out for at that depth in the lakes that you’re planning on fishing and whether or not you can fish in those areas.

It was invaluable to us when we’re chasing largemouth bass, as they may like to take shelter in the murkier depths, but regardless of which system we elect to use, the bass can run, but we can find out where they like to hide.

They’re also both adept at helping to chart and make your way through the shallows of any given lake or river and will help to prevent you from running aground or falling foul of any known underwater dangers.

And, as rainfall and local weather conditions can play a part in determining the level of a lake or a river from one season to the next, it’s also more than a little reassuring to know that both LakeMaster and Navionics can and do adjust the information about all of their included waterways by using all of the local and national information available to them.

Attempting to decide which is better at helping to navigate the shallows and chosen depths is like trying to push water uphill; it just can’t be done, and as it’s something that both systems do equally well, we can’t grant victory to one or the other.

LakeMaster and Navionics both feature something called “Satellite Overlay,” which allows you to access a library of low Earth orbit photographs and overlay them on the map, or maps, of the waterway that you’re fishing.

It’s a fantastically clever way of identifying geographical landmarks and locations. It’ll also help you find your bearings if the map you’re presented with seems a little confusing while you’re floating on the water.

Both Navionics and LakeMaster use a feature called Chart Plotting which enables you to use the sonar information that your fish finder gathers to create your maps of lakes or rivers that might not be featured in the software.

Perfect for creek fishing and the smaller lakes that form and connect to them when the conditions are just right, Chart Plotting can help you to create your custom maps of your favorite, hidden fishing spots.

It’s a standard Navionics feature and is readily available on all versions of the software, but unfortunately, it’s only available on the Pro versions of LakeMaster. Again, it seems like Garmin is more forward-thinking than Johnson and isn’t afraid to imbue their software with as many different features as possible.

Nothing stays the same, especially lakes and rivers, and the information Garmin and Johnson gather about both for their software is constantly updated.

Google updates their maps with their cars and satellites, and LakeMaster and Navionics do the same. Still, they use boats, meteorological data, satellite imagery, and local news to provide a constant stream of information to update their charts and maps.

While Navionics provides unlimited access to that data for a twelve-month period for their customers, which allows you to constantly update your maps and the information you’ll need for your fishing trips, LakeMaster doesn’t. The only way to update a LakeMaster system is by spending more of your hard-earned dollars on the newest version of the software.

There is a price gap between both software systems. While, given the differences in performances and what you get for your money, you would probably expect it to be quite significant, the difference isn’t as much as you might think.

Admittedly, the amount that you’ll end up paying for Navionics hydrographic software is more than you’ll pay for LakeMaster. Still, it’s worth it for the amount of user-friendly information and simple but effective features and extras that Garmin includes with their software.

LakeMaster Vs. Navionics – The Conclusion

As we’ve already said, we’ve happily used both systems to help us fish the waterways of America. We’ve yet to encounter a problem either as they’ve always done everything we expected and wanted them to do.

Having said that, when it comes to a straight-down-the-line head-to-head contest between both software systems, there is no competition. Garmin has been doing what they do best for decades. Their hydrographic mapping software has added everything they have learned about what their customers want and need from their guidance and satellite navigation systems.

It’ll allow you to update all of the available information without requiring you to pay extra and you don’t need or have to use a brand-specific fish finder to use it. Navionics will work with most of the major brand fish finders, and as long as it’s switched on, it will always help you stay on course and find whatever catch you’re looking for.

But the one thing that seals its position at the top of the hydrographic food chain is that Navionics is fully compatible with all Hummingbird fish finders (see our favorite ice fishing flashers here), which means that it’s only a matter of time until it renders LakeMaster obsolete. 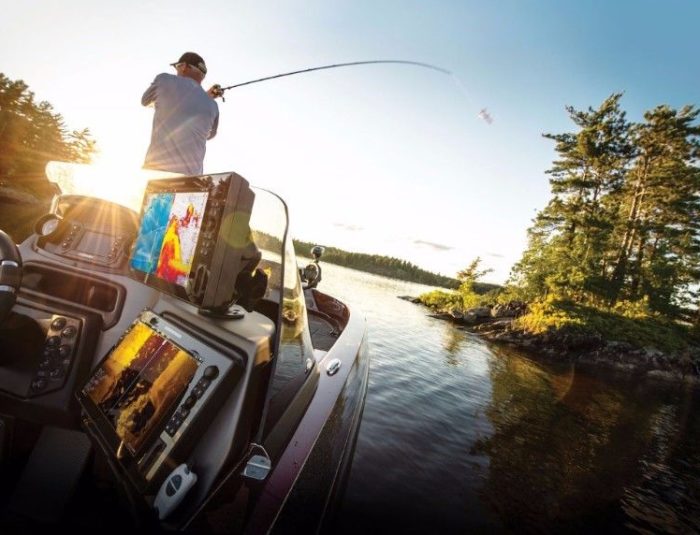 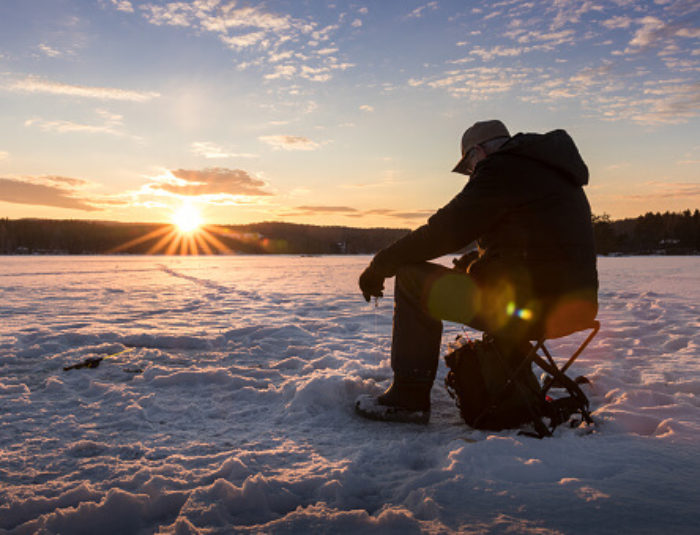 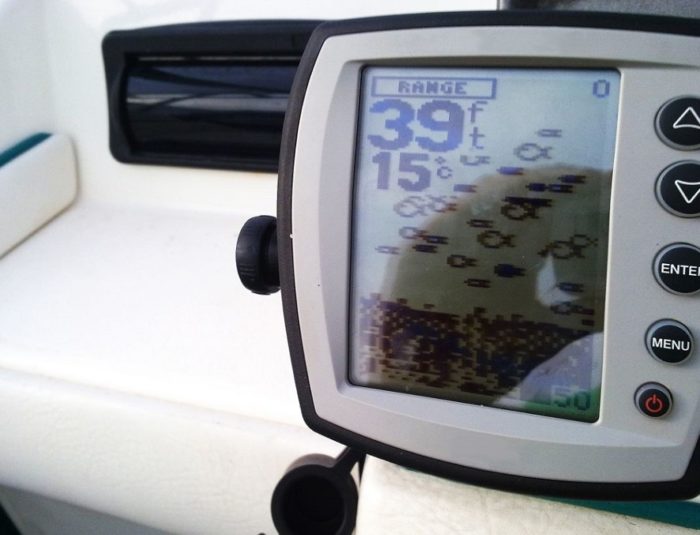 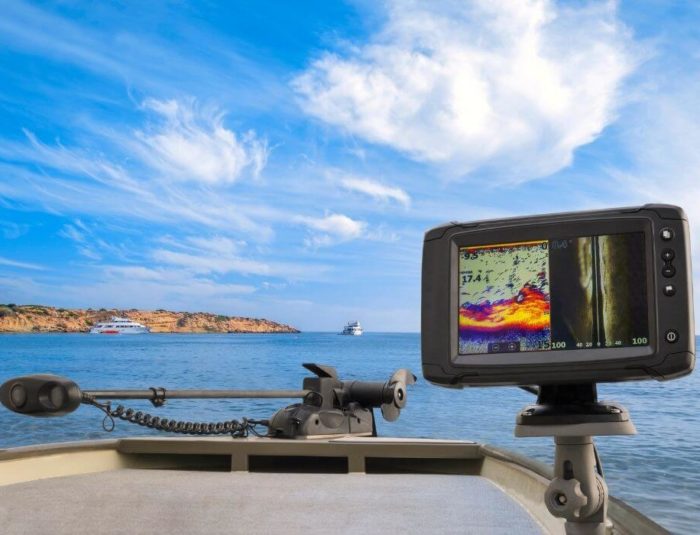