Serious anglers might already be familiar with Humminbird - their sonar fish-finding devices are some of the most popular on the market.

Since their early days as Techsonic Industries circa 1971, they have refined and developed their technology with the latest and greatest innovations.

Launching in 2015 and 2017, respectively, their Helix and Solix series of products have proved especially popular amongst anglers worldwide.

While they might look similar, the two ranges differ in some subtle and more significant ways, which might impact which one is right for you.

Allow us to guide you through those distinctions, as well as review some of their bestsellers and help you figure out which one to invest in.

Let’s get started, so you can head out and cast a line sooner rather than later.

At A Glance - Quick Comparison Chart

First things first, the Helix line automatically finishes in second place when it comes to customizing your screen’s layout. Unlike Solix, all of the models’ screens are fixed and can’t be amended to your preferences.

On any Solix you pick up, however, you can choose whether mapping or sonar data is displayed most prominently on the screen and in what combination. Down, Side or 360, it’s entirely up to you - even dictate the size of each window to suit you.

As seen in the table, you can find products from both lines in similar sizes, from 10 to 15 inches; the display quality on Solix models is slightly better. Most Helix devices are 1024x600 pixels, just pipped by their 1280x800 pixel screens.

Similarly, the Helix range is controlled solely by a keypad, while all Solix devices are equipped with intuitive touch screen capability. It’s not too big of a deal, but if you like being able to adjust the display with a swipe of your finger, it’s a handy addition.

As evidenced by the table, all Humminbird devices are capable of Down Imaging - this is implemented across all of their products, given the technology is quite old in the angling world.

That said, only newer Helix models and all of the Solix lineup are capable of Side Imaging as well - if the product is listed as SI+, then it can perform Side and Down Imaging without any fuss.

Some of the fancier Solix models can provide what’s known as 360 imaging, providing a complete view of your surroundings that’s incredibly valuable to anglers who utilize sonar.

Although all Humminbird finders are grounded to an extent, only the Solix transducers are fully grounded. This additional protection prevents unpleasant signal noises, as well as providing sonar images that are of better quality and higher clarity.

A Closer Look - Models From Each Range 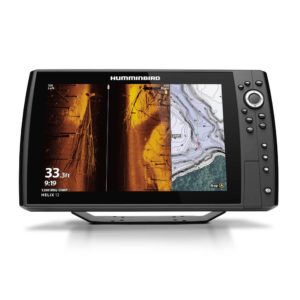 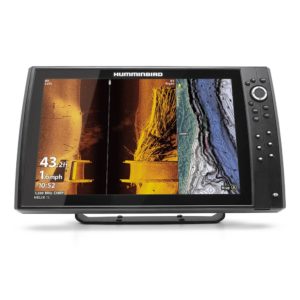 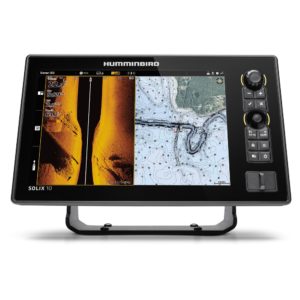 After a total overhaul of their existing Helix 12 design, this bad boy is now equipped with Mega SI and DI for the ultimate widescreen sonar exploration. Boasting crystal clear images, Dual Spectrum CHIRP sonar, and AutoChart Live maps of your fishing spots, you’ll be the envy of every angler. You’ll also find all the usual Humminbird features as standard, from Wifi connection to internal GPS.

Wielding an almighty 15.4-inch display, that’s not the only thing MEGA about the Helix 15 reimagined. Also, rocking MEGA SI+, DI+, and Dual Spectrum CHIRP, it’s an impressive product due for release soon (how soon we don’t know)  and could be worth the wait if you decide to hold off on purchasing. It’s equipped with everything the HELIX G4N’s can do, plus One-Boat Network compatibility.

By uniting the very best in technology (like MEGA Side, Down, and Wide Imaging) with an ultra-clear Cross Touch display, you can fully customize to your heart’s content on the Solix 10 Mega G3. Generously sized with a 10.1-inch touchscreen, get multiple technologies in one go, using a convenient sidebar menu to access whatever you want quickly. 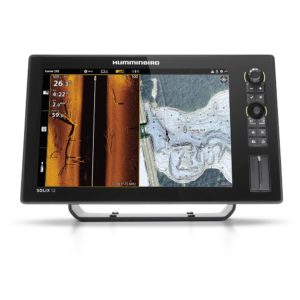 Like its slightly smaller sibling, the new Solix 12 is a fantastic combination of the very best in cutting-edge fish finding tech and ease of access. Bigger and better, this model is two inches bigger, so that ultra-clear Cross Touch display gets to shine, and you can stretch out your windows as big or as small or as you like. With all the features you’d expect from a Humminbird device and more, it might be a pricy investment, but for pro anglers, it’s certainly worthwhile.

Conclusion - Which Should I Go For?

You may have noticed this, but most differences between the Helix and Solix ranges are quite superficial. Touch screens, higher resolution, and full transducer grounding are all well and good but not entirely necessary.

What we mean by that is, you’d probably be happy with a product from the Helix lineup if you’ve never tried sonar before or when you’re not looking for 4K Ultra Imaging and a display to rival your TV at home. 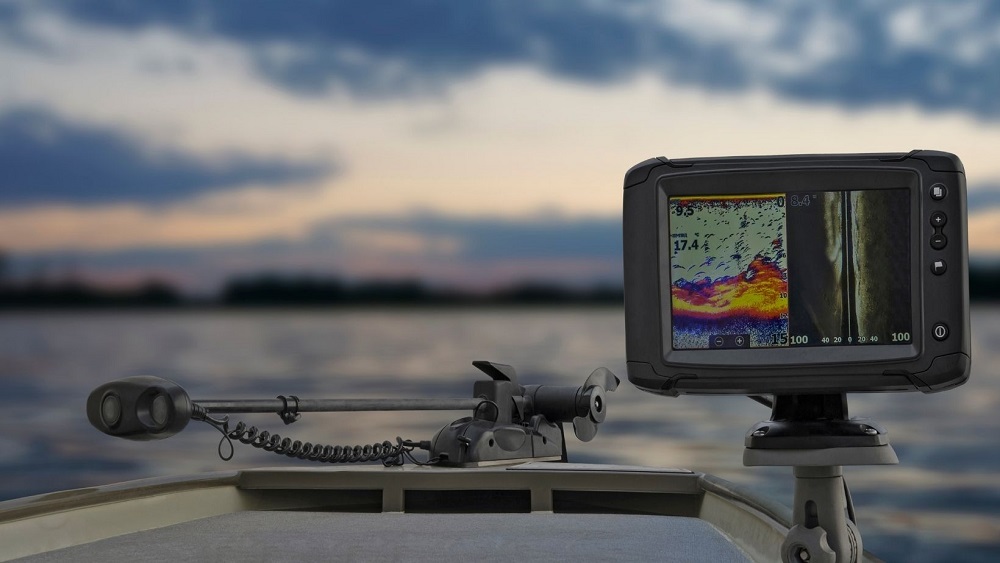 Upgrading to a Solix is nice if you can afford it, and those subtle differences and slightly larger improvements (depending on which model you opt for) will certainly improve the overall quality of your fishing experience.

That being said, t probably won’t revolutionize your whole life. So don’t beat yourself up if a Helix is the best you can do for now. Either way, you’re guaranteed a well-made, reliable product you’ll be pleased you picked up.